FROM ONE “YAKKER” TO ANOTHER

Greetings and happy holidays from sunny Panama! It’s been a while since I’ve posted a blog. I’ve been relishing the heat in Panama for nearly a month and have enjoyed many sea kayaking trips already. One in Guna Yala (aka San Blas) on the Caribbean and most recently a trip to Isla Coiba National Park on the Pacific. 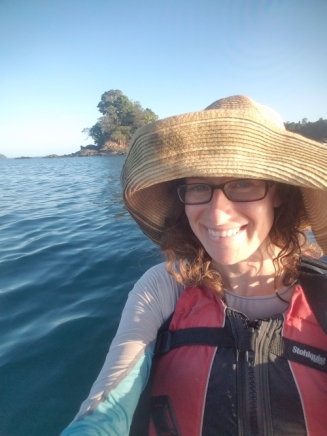 Keep your eyes out for upcoming blogs about travel and kayaking in Panama, as well as sea kayaking trips in Croatia and Alaska! For now I’d love to share with you an interview that I had the pleasure of conducting over cyberspace with a fellow kayaker and nature-lover. His name is Donald Yackel, and although I haven’t had the pleasure of paddling with him personally (maybe some day!), his passion and respect for kayaking, water and the natural environment are evident in his book The Idling Bulldozer and Other Paddling Adventures. Check it out here. My curiosity was piqued by someone who loves paddling so much that he wrote a book about his adventures! Even more so when I read in his bio that “along the way he built a sailboat and a kayak, before learning that his great, great, grandfather was a boat builder too, who built boats and barges for the Erie Canal.” Pretty cool, eh? Without further ado I present to you Don Yackel. 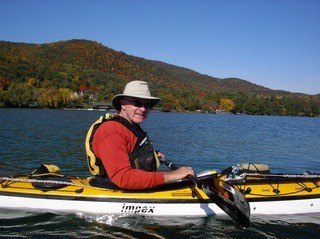 1) What’s your first memory in a kayak?

I have an old memory of riding in a neighbor’s Klepper folding
kayak that had been converted to sail. That was a long time ago when I
was about six. My first real experience with kayaking came in 1995
when, on a lark, Lisa and I registered for a three day wilderness
kayaking trip off the coast of Maine. We had never been in a kayak
before. We paddled from Castine, camping on two different offshore
islands before ending our trip in Bar Harbor. Our group consisted of an
older couple of experienced paddlers and our guide. We paddled 21
foot fiberglass Wilderness Systems tandem cockpit boats. They were
big, stable and very heavy. We were obviously novice paddlers, only
using our arms and chest muscles on those 10 and 15 mile passages on
the ocean. We hurt a lot, but we loved it and the whole experience. We
haven’t been interested in another type of boat since. 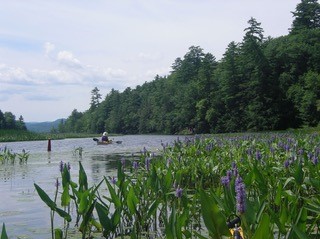 2) What is it about kayaking that keeps you coming back for more? How
long do you plan to continue kayaking for?

I love the feeling of wilderness and the experience of living in the
outdoors, of having to accommodate nature’s many moods both benign
and difficult, with everything in between. I love the way a kayak
connects you to the water, the way it becomes a part of your body when
you paddle. I love the close connection with wildlife, a connection that is
usually impossible in bigger, noisier, less maneuverable craft. I’ll be
seventy-six in February. I recently completed a 15 day trip to Mexico,
ten of those days paddling along the wild shore of the Baja peninsula
between Loreto and La Paz. It was a wonderful experience, and will be
featured in my next book. I had no problems paddling long distances,
sometimes in very rough conditions, so I guess I’ll keep paddling and camping until I no longer can. I have paddled on trips with a handful of
people, men and women, in their eighties, so that’s my goal. 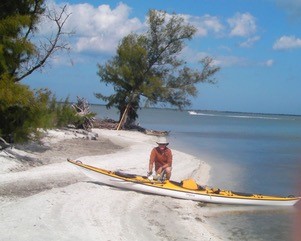 4) How do you think your life would be different if you hadn’t found a
passion for kayaking?

Well, I’ve always had a passion for the water and boats. I explain this a
little in my book The Idling Bulldozer, noting that I was born under the
water sign, Aquarius. I go into this in much greater detail in the opening
chapter of my next book. So, if it wasn’t kayaking, it would probably be
something else like sailing or canoeing. Kayaking however has inspired
me to write about my experiences, to create a website (www.yackman.com)
where I can share my adventures on the water, and the people I meet
there. I have maintained the site for over ten years now. Many of the
stories in my current book are based on postings on the site. 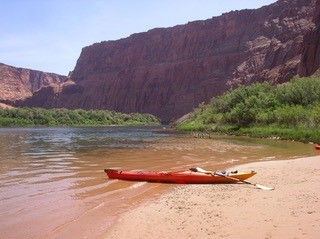 5) What inspires you to write about your kayaking adventures?

I seem to have a need to tell (retell, summarize, etc.) the story of my
adventures. I don’t do too many day paddles anymore, preferring longer
multi-day trips as the way to experience wilderness and the closeness to
nature that I seek. Sometimes I think I need to tell the story of these
trips so that I understand them better, so that I come to terms with what
ever happened or whoever I met and paddled with. In the end, I write for
myself, because I can never be sure that anyone will ever read my
stories. But on some level it doesn’t matter, because years after the
event, I can re-read the stories and relive the experiences again and
again. 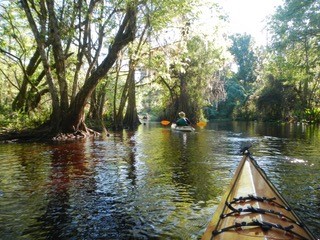 6) What is your most memorable “oh shit!” or “that was close!” moment in
a kayak?

That’s a great question, one that’s fun to contemplate. My “oh shit”
moments are mostly connected to inconvenience. Like the time I got
into camp on an isolated island in an Adirondack Mountain lake at the
start of a three day trip, only to find that I had left my dry shoes behind,
leaving only my wet neoprene booties (They never dry out. I got rid of
them long ago), or my bare feet to hike in. Or the several times I’ve
started a long trip only to find that my expensive air mattress was
leaking, leaving me to re-inflate the thing several times each night or
sleep on what ever surface was available (at least one of these incidents
was mentioned in my book).
My “that was close” moments have come mostly while paddling in heavy
weather on big lakes or salt water. More than once I’ve come close to
taking a swim in rough conditions, only to be saved by a timely brace, a
hip snap, luck, or a combination of these. The most memorable of these
events came on the sea off the Florida Keys, in the winding narrows of
the Sagunay Fjord in Quebec, and most recently, in six foot breaking
waves on the Sea of Cortez in Mexico. But my favorite “oh shit, that was
close” moment came when a beluga whale quietly surfaced just out-of-sight
behind my left shoulder and exhaled. I believe I actually said, “Oh shit!
That was close!”. 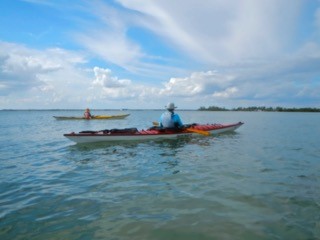 7) Where would you kayak if you were given the option for a trip
anywhere in the world? Why?

Well, the trip that had been on my bucket list for some time was the
paddle from Loreto to La Paz in the Sea of Cortez, along Baja, California
in Mexico, that I completed last April. Lisa and I had base camp paddled
from Espiritu Santo Island fourteen years ago and I had been coveting
this trip ever since. I never thought I’d get back there, but Lisa gave me
the trip for my 75th birthday. It was a wonderful gift. That being said, I suppose I’m always looking forward to my next trip. I paddle the Perdido
River that rises in Florida and enters the Gulf of Mexico in Alabama in
March. I’m also investigating trips in Cuba and Portugal. I don’t know
just which trip will develop, but they both sound like interesting
adventures. I guess I’d be open to paddling anywhere in the world.
However, I don’t really want to paddle in Greenland or Iceland. The
paddling looks intriguing, but it’s just too cold for this Florida boy.

8) If you had to be stuck in a tandem kayak with anyone (dead or alive)
for a 20-mile crossing, who would it be? Why?

Well, I suppose I should come up with someone famous, Teddy Roosevelt
for instance. But while Teddy might be interesting, my guess is that he
might be a little overbearing. Besides, my experience on a long paddle,
especially in a tandem, is that there isn’t much time for “getting to know
you”. You need to paddle, communicate about what you’re doing, and
maintain a consistent paddling rhythm. This speaks more to experience
and compatibility than to exploring new relationships. That being said,
I’d first choose my wife Lisa. Even though tandems have been derisively
called “divorce boats”, we have always been able to establish and
maintain a good paddling pattern in a tandem. If the pace were relaxed
enough and we could take breaks, she could probably do it, but 20 miles
is a lot of distance for her.
My second choice would be my buddy, Bruce Romanchak. Bruce and I
have completed more trips together than I can count. Our paddling
pace, rhythm, and stamina are similar. However, we have never paddled
in a tandem boat before, and since Bruce does better when he is in
charge (or thinks he is), he would have to occupy the rear cockpit unless
I could convince him to switch off from time to time. Of course, if given
the choice, I’d really rather paddle my own boat. 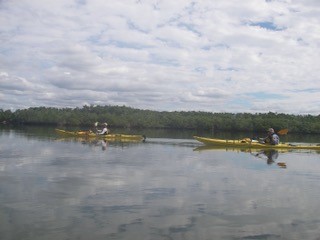 9) Could please share more about the story of your great, great
grandfather who was also a boat builder?

John Vermilyea (the boat builder) was one of a long line of Vermilyeas
connected to my mother’s side of the family. The original Vermilyea,
Johannas, immigrated to New Amsterdam (now Manhattan) in 1662.
While it’s not clear in the information I have, John Vermilyea may have
been the grandson of William Vermilyea, a Revolutionary War soldier
who died at an advanced age in 1851.
John (the boat builder) was born in 1830 in the town of Mohawk on the
Mohawk River in New York State, about half way between Cohoes, near
Albany, and Oneida Lake. He died one month shy of his eighty-seventh
birthday in Lenox, NY. Lenox is along the route of the Original (1817-
1825) and widened (1835-1862) Erie Canal, and is very near the
southeast end of Oneida Lake. His death certificate lists his occupation
as “boat builder”. My sister who researched all of this said he built
“boats” a.k.a. barges for the Erie Canal and lived, at least for some time,
on Oneida Lake.
My connection to John is through my love of the water and boats, the
many summers I spent on Oneida lake, my travels on the Erie/Barge
Canal, and the fact that I have also been a boat builder, building both a
small sailboat and a beautiful wood/fiberglass kayak. Though I can only
know him through the few official documents my sister collected, I still
wonder if there is something in the genes; a love of the outdoors, of
water, and boating, that we share.

I hope that you have enjoyed meeting Don Yackel as much as I have. It’s always fun to learn about the adventures of fellow paddlers who respect and seek inspiration from nature. Maybe it has inspired you to write about your own experiences.

🌅Aaaah el atardecer... evenings on a tropical island in El Caribe 🏝 #gunayala #estilocaribe #sanblaspanama
My phone sends me my own photos as fun reminders of what I've taken photos of🤣 This was today's reminder. I'm feeling it today🌴🇵🇦
#paddlelove ❤🏖 I always love cruising up to an island in #gunayala and parking our #kayaks next to the traditionally made dug-out cayucos (in the Guna language, they are called ur bippi)

Translate to your launguage

Traditional beads worn by the women

Molas on display on Bidirdub 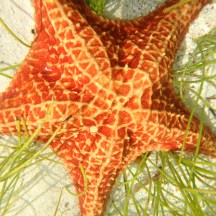 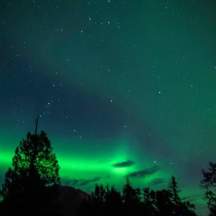 Aurora Borealis lights up the night sky with magic 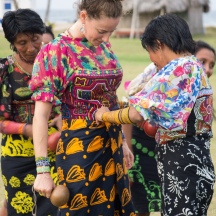 If only my skirt would just stay on!

Mother Harbor Seal and her newborn pup on Glacier Island 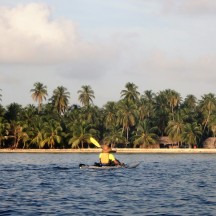 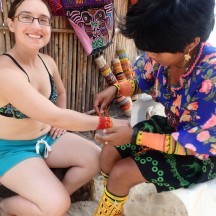 Suzannah getting her beads on!